The festival of Purim celebrates God’s deliverance from a plot to destroy all the Jews. This year the celebration begins on the evening of 25 February and ends on the evening of 26 February. Today we will look at the key players in the Book of Esther.

The Book of Esther

The Festival of Purim

Ahasuerus: King of Persia. He reigned from 485-465 BC. The book of Esther portrays him as ruling a vast empire, being very wealthy, being sensual, continually giving feasts, and being cruel and acutely lacking in foresight (1:13-22). Ahasuerus banished his queen, Vashti, taking two years to find a replacement. (The Liberty Annotated Study Bible, 1988)

Vashti: Queen to King Ahasuerus. Refused the King’s command to appear before the King. She is removed as queen.

Mordecai: The hero of the Book of Esther. He was a resident of Susa (Shushan), the Persian capital during the reign of Ahasuerus, king of Persia. Mordecai took his orphaned cousin, Hadassah (Esther), into his home as her adoptive father (2:7). Later, Mordecai uncovered a plot to murder the king and saved his life (2:21-22). This good deed was recorded in the royal chronicles of Persia (2:23). Mordecai refused to bow to Haman, and as a result, Haman introduced a plan to kill all the Jews in the Persian Empire (3:6). Mordecai then exhorted Queen Esther to approach the king and save her people (3:1-4:17). Haman was hanged on the very gallows that he had prepared for Mordecai (7:10), and Mordecai became second in command, succeeding Haman. (The Liberty Annotated Study Bible, 1988)

Esther: The Jewish queen of the Persian king, Ahasuerus. She saved her people, the Jews, from a plot to annihilate them. Esther was a daughter of Abihail (2:15, 9:29) and cousin of Mordecai (2:7-15). After her father and mother died, Mordecai raised her as his own daughter. Her Jewish name was Hadassah, which means “Myrtle” (2:7). The story of Esther’s rise from an unknown Jewish girl to queen of a mighty empire illustrates how God uses events and people to fulfill His promise to His chosen people. Ahasuerus appointed Esther to replace Queen Vashti (2:17) Esther exposed Haman’s sinister plot to slay all the Jews. As a result, Ahasuerus granted the Jews the right to defend themselves and destroy their enemies. (The Liberty Annotated Study Bible, 1988)

Haman: The king’s vizier (chief adviser). Haman wants everyone in the kingdom to bow down to him, but Mordechai refuses. This leads Haman to decide to kill all the Jews, and he convinces the king to allow the plan. Only the intervention of Esther prevents Haman from carrying out his plan, and Haman is instead hung on the gallows he had erected for Mordechai.

Haman is one of the most villainous characters in Jewish history. A greedy, vengeful, and vicious advisor to King Ahasuerus, he only seeks to increase his own wealth, power and influence (generally at the expense of everyone else around him). Haman is also said to be a direct descendant of Agag, king of the Amalekites. The Amalekites attacked the Israelites as they were leaving Egypt and have become symbolic of all the enemies of the Jewish people, so for Haman to be related to Agag connects him directly to centuries of violence and persecution of the Jews. (ReformJudaism.org)

The Book of Esther tells the tale of the rich and powerful, the weak and powerless, and the sovereignty of God. It gives us a clear picture of an anti-Semite, Haman, bent on destroying the Jews. It shows the courage of a young Jewish girl, Esther, who gave up everything to save her people the Jews. It shines a light on the wise Counsel of Mordecai.

What a great story. Although God is not named in the text, God is in every event. God allows all the plot lines to fit His will and purposes. We serve a great God! 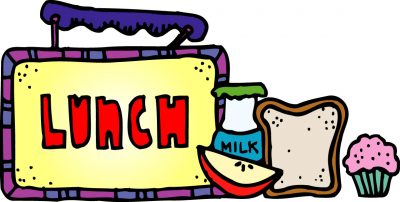